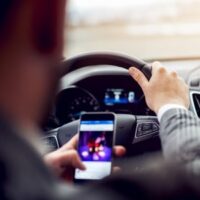 Every year, vehicle collisions kill or seriously injure millions of Americans. For the most part, car wrecks are not “accidents.” Although they may be unintentional, these incidents are not unavoidable or inevitable. In fact, in many cases, the chain of events which leads to a vehicle collision begins before the driver gets behind the wheel.

Arguably, impaired persons know that they shouldn’t drive. Yet they do so anyway, recklessly putting people at risk in the process. Because of this knowledge, a Tampa personal injury attorney can often obtain very high compensation in impairment-related wrecks. This compensation normally includes money for economic losses, such as medical bills, and noneconomic losses, such as pain and suffering.

This substance affects motor skills and judgment ability. Alcohol is a depressant which slows muscle responses. Furthermore, alcohol gives people a false sense of euphoria. This combination is very dangerous for anyone, but especially for drivers. Alcohol-impaired motorists are often unable to control their vehicles and often take unnecessary risks.

Legally, alcohol could involve the ordinary negligence doctrine or the negligence per se rule. Circumstantial evidence of alcohol impairment includes erratic driving, statements about alcohol use, and physical symptoms, such as slurred speech and bloodshot eyes. If the tortfeasor (negligent driver) was charged with DUI or another alcohol-related infraction, the person could be liable for damages as a matter of law.

Marijuana use is the leading cause of “stoned driving” in Florida. Prescription pain pills are a somewhat distant second. Other impairing drugs include illegal ones, like cocaine or heroin, and legal ones, like Sominex or NyQuil. These substances might be legal to use, at least in some cases. However, it’s often illegal, and always dangerous, to drive under their influence.

We discussed the negligence per se rule and the ordinary negligence doctrine above. The same two liability theories apply in drugged driving wrecks. Tortfeasors who have lost the normal use of their mental or physical faculties are intoxicated (DUI) as a matter of law. The impairing effects of most drugs begin with the first puff or pill. In most cases, the initial impact hits users like a ton of bricks.

Distracted driving is not just limited to hand-held smartphones. This category includes any behavior that causes drivers to take their:

Florida has one of the most limited cell phone laws in the country. So, the negligence per se rule does not apply very often in device distraction cases. It’s completely inapplicable in non-device cases, like drinking or eating while driving. However, the ordinary negligence doctrine is available. Evidence of distraction includes erratic driving, cell phone use logs, and the tortfeasor’s statements about distraction.

Many Floridians struggle with epilepsy, heart disease, diabetes, and other conditions which could cause a sudden loss of consciousness. There’s no shame in these conditions. However, these patients must make some lifestyle adjustments. These adjustments usually include not driving.

Generally, people are aware of the dangers of the first four kinds of impairment. Although they often chose to ignore the risk, they at least know what could happen.

That’s often not true of drowsy driving. Many people have no problem getting behind the wheel when they are dangerously fatigued. Drowsiness and alcohol have roughly the same effect on drivers. In fact, driving after eighteen consecutive awake hours, which is like a long day at the office, is like driving with a .05 BAC.

Drowsy driving is not illegal, at least in most cases. So, these victims must normally use circumstantial evidence of fatigued driving, like the time of day and the amount of rest the tortfeasor had the previous night, to establish ordinary negligence.

Accident victims are usually entitled to substantial compensation. For a free consultation with an experienced personal injury lawyer in Tampa, contact Kobal Law. We do not charge upfront legal fees in these matters.