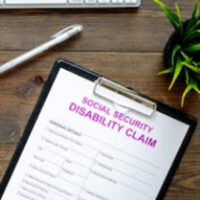 Occasionally, Claims Examiners immediately approve Social Security Disability applications in Florida. But they declined about 80 percent of them, at least in part. Usually, the Social Security Administration hopes that disability claimants lose heart and either abandon their cases or settle them for pennies on the dollar. This approach often works, which is why the SSA keeps using it. So, denials do not mean claims are meritless or weak. Initial denials are just part of the process.

In fact, an initial denial is nothing more than your ticket to team up with a Tampa Social Security disability lawyer. An attorney quickly evaluates your case, identifying its strengths and weaknesses. Then, an attorney makes the strong parts stronger and the weak points less vulnerable. This approach usually results in a successful appeal.

This option usually works if the initial DDS (Disability Determination Services) officer made an obvious mistake or did not fully consider all the evidence in the case. Another DDS officer, one who is usually more experienced, like a team leader or supervisor, looks at the disability claim with fresh eyes.

Speed is usually the biggest advantage of the reconsideration process. In many cases, reconsideration claimants get an answer within a few weeks. Unfortunately, unless the claim meets the narrow specifications mentioned above, that answer is usually “no.” The reconsideration DDS officer uses the same rules and procedures as the initial DDS officer. On top of that, most people are naturally hesitant to second-guess people they work with.

Some jurisdictions require SSD claimants to exhaust their remedies, which means they cannot skip the reconsideration phase. Other jurisdictions allow denied claimants to go directly to the ALJ stage. If available, that’s usually the way to go. There are basically three phases of an ALJ review:

Most ALJ appeals settle out of court. These resolutions give claimants much more control over the final result.

We’ll combine these last two, partially because they are procedurally similar. Additionally, to be frank, they are essentially Hail Mary passes in many cases.

Reconsideration and ALJ hearings are mandatory reviews. Claimants only need to ask for them. Appeals council and federal court reviews are discretionary. For example, the 115 Appeals Councils scattered throughout the country only agree to hear about 5 percent of the petitions they receive.

Usually, these bodies only reverse prior decisions if the ALJ abused his/her discretion or the evidence clearly does not support the ruling. Think of an umpire calling balls and strikes. Neither the Appeals Council nor a federal court questions balls and strikes, absent extraordinary circumstances, like the pitcher did not throw the ball.

Disabled individuals are usually entitled to substantial compensation. For a free consultation with an experienced SSD lawyer in Tampa, contact Kobal Law. We do not charge upfront legal fees in these matters.

By Kobal Law | Posted on February 22, 2022
« Top Five Kinds Of Driver Impairment
Is Prior Authorization Always Required When Receiving Treatment For A Work-Related Injury In Florida? »