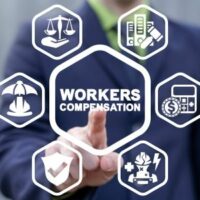 State lawmakers recently approved an 8.4 percent workers’ compensation rate decrease, which is exactly the same amount an insurance company commission suggested in the summer of 2022.

“For the sixth consecutive year, Florida businesses will see a reduction in workers’ compensation rates, which also means lower insurance costs for employers,” State Insurance Commissioner David Altmaier said, referring to the final order he issued on Nov. 4. “We look forward to another year of rate relief for Florida businesses.” Not surprisingly, business groups applauded the move. “At a time of record inflation and when many costs seem to be increasing thanks to decisions out of our nation’s capital, today’s approved workers’ comp decrease is a positive decision for Florida job creators,” remarked Florida Chamber of Commerce Vice President of Government Affairs Carloyn Johnson.

The big picture is that rate reductions lower the amount of money in the system. Claims Examiners, and Administrative Law Judges as well, are only willing to pay benefits to the most badly-injured victims. As a result, a Tampa workers’ compensation attorney must work harder to obtain maximum lost wage replacement, medical bill payment, and other job injury benefits. More on that below.

Other times, Claims Examiners try to convince job injury victims, many of whom don’t have a Tampa workers’ compensation lawyer at this point, to settle their claims for pennies on the dollar. Sadly, many victims take this bait.

Victims don’t need to prove negligence or fault to obtain benefits. However, they must demonstrate the full extent of their injuries to obtain maximum benefits.

Lost wage replacement is a good example. Many insurance companies use boilerplate tables to determine lost wage replacement. A broken arm means ten days off work and so on. However, not everyone heals at the same pace, mostly because some broken arms are worse than other broken arms. Additionally, the proper amount of missed work is the amount a doctor approves, not the amount an insurance company adjuster approves.

So, a Tampa workers’ compensation attorney often must introduce additional medical evidence to show the extent of the injury, and therefore the extent of missed work.

Additionally, wages change over time. Many job injury victims get hurt during their probationary periods. If their time off work coincides with a scheduled wage increase, their AWW increases as well.

By Kobal Law | Posted on November 30, 2022
« Fatal Left-Turn Motorcycle Wreck In Tampa
What To Expect In A Workers’ Compensation Claim »