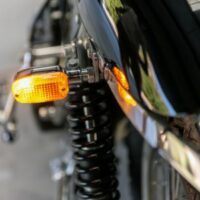 Investigators believe that a rider’s excessive speed contributed to a deadly crash at the intersection of East Hillsborough Avenue and North 15th Street.

According to the Tampa Police Department, the driver of a Chevrolet Silverado was waiting in the turn lane on East Hillsborough Avenue to turn south onto North 15th Street. Police say when the traffic light turned green, the truck started to make the southbound turn. At that moment, a motorcycle traveling eastbound through the intersection at a high speed clipped the right rear bumper of the driver.

Emergency responders rushed the rider to a nearby hospital, where he later died. The Silverado driver wasn’t hurt.

Speed contributes to a significant number of deadly crashes in Florida. Velocity increases the risk in a collision and the force in a collision.

Driver inattention contributes to even more wrecks. That’s especially true regarding left turn motorcycle accidents, like the one in the above story. Usually, when drivers make unprotected left turns against traffic, they don’t see small motorcycles, particularly if the motorcycle is in a sea of large vehicles, like SUVs and pickup trucks. As a result, the driver turns directly into the rider’s path.

Generally, these riders cannot avoid these collisions. Drivers making unprotected left turns usually gun their motors to shoot through what they believe is a gap in traffic. Additionally, two-wheel motorcycles are much harder to control than four-wheel vehicles. A sudden emergency maneuver, like swerving into another lane, could cause a worse collision that the one the maneuver prevents.

Left-turn wrecks are often fatal for motorcycle riders. In the movies, stunt riders get up and dust themselves off after high-speed collisions. The real world is a lot different.

Even if the victim survives a motorcycle crash or other vehicle collision, the medical bills are often overwhelming. A Tampa personal injury attorney can obtain compensation for these bills if the other driver was negligent. Compensation is also available for pain and suffering and other noneconomic losses in these cases.

Turning in front of an oncoming vehicle clearly violates the rules of the road. The duty of care in Florida requires all motorists to follow these rules, whether they are written or unwritten, at all times. Usually, any breakdown in this area constitutes negligence, or a lack of care. Tampa personal injury attorneys use the police accident report, witness statements, and other evidence to prove negligence by a preponderance of the evidence, or more likely than not.

However, as anyone who has ever seen a real or fictional trial knows, the defendant, which is usually an insurance company in a car crash case, has a chance to refute the plaintiff’s case.

Comparative fault is one of the most common insurance company defenses in negligence cases. Basically, this doctrine shifts blame from one party to the other one. In the above story, both pirates may have been partially at fault. The Silverado driver failed to maintain a proper lookout, and the motorcycle rider was speeding.