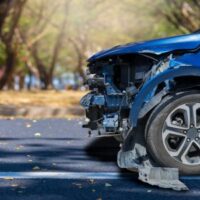 A 17-year-old driver was traveling over 100mph when he struck an SUV and killed two people in January 2022. He now faces two counts of vehicular manslaughter.

According to investigators, the teen driver hit an SUV which was turning left from State Road 56 onto Laguna Boulevard in Wesley Chapel. The force of the wreck tipped over the Nissan Rogue. The driver died immediately. Good Samaritans pulled a female from the wreckage, but she died at the scene.

For many years, excessive speed has been one of the leading factors in fatal car crashes in Florida. This trend accelerated during coronavirus shutdowns. Streets and highways were mostly empty and traffic enforcement dropped to practically nothing. The combination brought out the speed demons in many drivers. This habit, like other bad habits, is almost impossible to break.

Speed increases the risk of a wreck. In fact, speed multiplies this risk. At 30mph, when a driver applies the brakes, the car usually keeps moving forward for about six car lengths. At 60mph, this distance, which is called stopping distance, triples. Environmental, vehicle weight, and other factors could multiply stopping distance even more.

Florida’s controversial no-fault insurance law applies in fender bender wrecks. These victims may file claims with their own insurance companies and obtain compensation for medical bills. Serious injury victims are entitled to additional compensation in court. Florida law defines a “serious injury” as:

Most high-speed wrecks involve at least one such injury, usually a permanent injury. Typically, if your car was drivable and required only minor repair work after a wreck, the no-fault law usually applies.

Despite the obvious severity of the January 2022 wreck, authorities waited almost half a year to file charges. The wheels of justice turn slowly in criminal court. They also turn slowly in civil court.

Most car wreck claims involve at least one insurance company defense. Comparative fault, which shifts responsibility for an accident from one driver to the other one, is one of the most common defenses. Since questions exist about liability and/or damages, the insurance company drags its feet in these cases.

Basically, mediation is a court-supervised negotiation session. As mentioned, informal settlement negotiations often break down because the insurance company delays the process. During mediation, both parties must negotiate in good faith. Judges get very unhappy when insurance companies or other parties simply go through the motions and don’t seriously try to resolve the case.

Largely because of this court supervision element, civil mediation in Hillsborough County is about 90 percent successful.

Injury victims are entitled to important financial benefits. For a free consultation with an experienced Tampa personal injury lawyer, contact Kobal Law. We do not charge upfront legal fees in these matters.