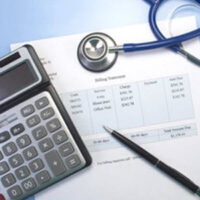 In the state of Florida, your rights as a consumer are safeguarded by the Florida Consumer Collections Practices Act (or FCCPA). The FCCPA was created to protect consumers from abusive and illegal collection practices by original creditors such as medical providers and hospitals. The Fair Debt Collections Practices Act (FDCPA) is a federal law that provides similar security for consumers when collection agencies attempt to illegally bill them.

There are a few ways in which a bill can be deemed illegal but one of the most obvious is when a creditor or collection company attempts to collect an illegitimate debt that the consumer does not actually owe. Over the past few years, our law firm here in Tampa has been using these safeguards found in the FCCPA and FDCPA to combat a very specific type of illegitimate collection effort: when medical providers and/or hospitals attempt to collect medical debt from injured workers who have compensable workers compensation cases. Because of this, workers’ rights have been getting abused for a long time and far too often.

For years, Florida’s workers’ compensation law has clearly prohibited medical providers from billing injured workers for their care. Yet, if you have been a claimant in that system here in Florida there is possibly a 50% chance that you were sent a medical bill or two despite having a compensable case. Most people just forward the bills to the insurance carrier adjuster or their lawyer and never give it another thought. Unfortunately, others have had their credit ruined by such medical debt that was never their responsibility to pay to begin with.

If you were among those that were billed in such a manner, contact us at Kobal Law immediately and we will not only put a permanent stop to the illegal collection efforts but will also try and get you a quick $1,000.  That is the maximum statutory penalty for your rights being violated as described above. Merely receiving a single bill sent to your residence is enough to trigger a violation. The statute of limitations for bringing one of these cases is two years since the last collection attempt against original creditors and one year since the last collection attempt by collection agencies. Even if you settled your workers compensation case that still will not prevent you from pursuing ones of these actions. The best part is all attorney fees and costs get paid by the opposing side so it will not cost you a dollar to pursue.