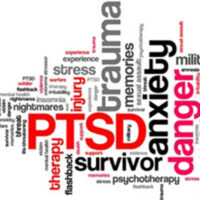 Currently, the 90-day filing clock begins ticking down when “manifest” symptoms appear. The new law changes the kickoff to a PTSD diagnosis. “The reality is just because a symptom may be manifesting, you don’t necessarily know that that’s what you’re struggling with or going through,” remarked Sen. Danny Burgess (R-Zephyrhills), who sponsored the bill. “A diagnosis is a far more appropriate timeline to start that 90-day window,” he added.

Those on the other side of the aisle said the bill didn’t go far enough. For example, Senate Minority Leader Lauren Book (D-Broward County) pushed for more improvements to the workers’ compensation process, including the addition of more “qualifying events.”

The Nature of PTSD

These symptoms, including depression, irrational anger directed toward family members, loss of interest, sleeplessness, and nightmares, are common PTSD symptoms. A chemical imbalance in the brain causes them.

A job-related stressor is a key element of a claim for a Tampa workers’ compensation lawyer. The stressor could be a one-time extreme event, like being in a shootout, or the cumulative effect of smaller stressors, like seeing multiple dead bodies. Attorneys often rely on co-worker statements to establish the necessary connection. If a co-worker who had similar experiences also developed PTSD, that’s even better.

Brain injuries, like PTSD, are permanent, As outlined below, doctors can treat the symptoms, but never “cure” the injury. As a result, PTSD claims usually involve permanent partial or total disability benefits, usually partial disability.

Most PTSD treatments focus on identifying and avoiding triggering events. If a shootout caused Ramon’s PTSD, he should probably avoid action movies and even TV news broadcasts. Some medication is available as well. However, much of it is little more than experimental and therefore not for everyone.

Injury victims are entitled to important financial benefits. For a free consultation with an experienced workers’ compensation lawyer in Tampa, contact Kobal Law. We do not charge upfront legal fees in these matters.

By Kobal Law | Posted on January 9, 2023
« Basic And Advanced Evidence In Car Crash Cases
What You Should Know About Nursing Home Falls »