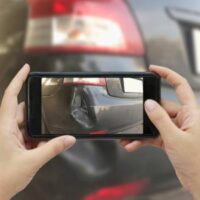 Victim/plaintiffs must prove car crash and other personal injury claims by a preponderance of the evidence, or more likely than not. That’s one of the lowest burdens of proof in Florida law. However, as most of us know, minimum effort typically yields minimum results. In most cases, minimum compensation isn’t enough, Car crash victims must usually pay very high medical bills and other accident-related expenses, like property damage and lost wages. Additionally, victims deserve full compensation for their emotional distress and other noneconomic losses.

So, a Tampa personal injury lawyer must go above and beyond, when it comes to evidence collection. The evidence must not only be strong enough to clearly establish negligence, or a lack of care, to even the most cynical juror. Proof in a negligence case must also be strong enough to withstand some common insurance company defenses. Generally, these defenses shift blame for an accident from the tortfeasor (negligent driver) to the victim. An attorney simply cannot let these defenses succeed.

Bare-bones police reports are just that. These reports are usually the preliminary findings of a primary responding officer. Generally, emergency responders write these reports almost as an afterthought. When they arrive at collision scenes, a written report is the last thing on their minds. Instead, their main priorities include attending to injured victims and securing the scene. Most of us would agree that these things should take priority over a written report.

After about three days, preliminary medical treatment bills are usually available. These documents usually only include information about the treatments doctors administered. Furthermore, the three-day window assumes that victims immediately saw doctors who focus on car crash injuries. Usually, that doesn’t happen. Instead, victims go to hospital emergency rooms, where the first available doctor takes control of the case.

Party statements are often misleading. That doesn’t mean that tortfeasors and victims lie about what happened. That just means that we all remember things selectively.

Frequently, attorneys partner with accident reconstruction professionals who prepare supplemental investigative reports. In the eyes of many jurors, the final conclusions of such professionals are usually more reliable than the preliminary conclusions of a well-meaning, but hurried, emergency responder.

Lawyers tap into different professional partnerships to obtain supplemental medical records. Sometimes, a doctor reviews the existing medical records and issues an opinion about any necessary future medical expenses. Other times, this doctor must physically examine the victim to determine these things. Future medical expenses, as well as future pain and suffering, must be nailed down. Otherwise, victims are financially responsible for these charges and they receive nothing for future emotional distress.

Bystander statements are often more effective in court than party statements. Something almost magical happens when disinterested witnesses tell jurors what they heard and saw. Attorneys often partner with private investigators to locate these witnesses and convince them to share their stories with jurors.

Injury victims are entitled to important financial benefits. For a free consultation with an experienced personal injury lawyer in Tampa, contact Kobal Law. We do not charge upfront legal fees in these cases.