What To Expect In A Florida Workers’ Compensation Claim 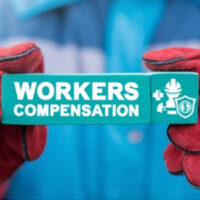 Job injuries are on the rise. In 2019, almost three million workers were rushed to hospital emergency rooms after a serious on-the-job injury. Millions of other victims miss work, and incur large medical bills, because of repetitive stress injuries and other occupational diseases. Most families have a hard time making ends meet. Every hour of missed work is a financial burden and every medical bill, no matter how small, is a financial emergency.

A Tampa workers’ compensation lawyer can obtain benefits that replace lost wages and pay medical bills. These benefits are normally available even if a non-work or pre-existing condition, like a bad knee or smoking, contributed to the trauma injury or occupational disease. A hundred years ago, the workers’ compensation system sped financial relief to injured workers who desperately needed it. As outlined below, things are a lot different now.

Injured workers must immediately report these events to their supervisors. This reporting requirement usually isn’t an issue in trauma injuries, like falls. But it could be a problem in occupational disease claims, like hearing loss. Most people do not immediately see the doctor at the first sign of illness. An insurance company could use the delay as an excuse to deny the claim.

Most insurance companies require written claim reports. A text or email message might not qualify as “written” under the insurance company’s rules. Insurance company lawyers routinely use loopholes like this to at least make things difficult for job injury victims.

A few weeks after victims file their claims, a Claims Examiner evaluates the case, based mostly on the medical records. Usually, there is no other evidence. Attorney arguments definitely aren’t allowed.

As a result, most initial claims are denied, at least in part. Usually, the Claims Examiner, who is normally affiliated with an insurance company, hopes the victim will either abandon the claim or settle it for much less than it’s worth. Sadly, this tactic often works. After several weeks of no work and high medical bills, many victims are so financially desperate that they’ll take almost any offer.

Hang in there. Once a Tampa workers’ compensation attorney becomes involved, the average settlement amount in Florida goes through the roof. Insurance companies know that lawyers won’t give up so easily.

An Administrative Law Judge is a lot like a civil or criminal court judge. ALJs are normally lawyers with considerable experience. The chief difference is that an ALJ is not an elected or appointed public official. In fact, a workers’ compensation administrative law judge is often affiliated with an insurance company, at least indirectly. Nevertheless, most ALJs are competent and fair. If that’s not the case, an appeal to an actual court is usually possible.

At the ALJ hearing, attorneys can introduce evidence, make legal arguments, and challenge evidence. With no restraints or constraints, it’s much easier to obtain fair compensation at this hearing. Insurance company lawyers know this, which is why these claims often settle at this point.

By Kobal Law | Posted on April 25, 2022
« What Is The Florida Workers’ Compensation Claims Process?
The Fatal Four Construction Site Injuries »