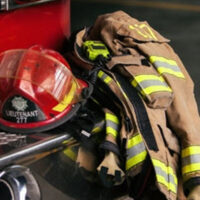 A test case in the First District Court of Appeals could open the door for claims of work-based Post Traumatic Stress Disorder, especially among first responders.

Florida CFO Jimmy Patronis, who pushed hard for an expanded first responder PTSD workers’ compensation law in the wake of the Parkland and Pulse Nightclub shootings, said the case, which concerns a firefighter’s PTSD claim, gives “the 1st DCA has an opportunity to set a legal precedent of support for our brave firefighters statewide.” Patronis maintains that the trial judge applied the wrong statute.

This issue is quite controversial. In a recent editorial, the South Florida Sun Sentinel newspaper blasted the 1st DCA for its ruling on another first responder’s workers’ compensation claim. In Stephen Sargent vs. Bradford County, the 1st DCA affirmed a compensation judge’s decision that a sheriff’s deputy was not due benefits after he suffered a heart attack.

The original 2007 law was a product of its time. Back then, most doctors thought PTSD was a “processing disorder” that was basically a symptom of a physical injury. Then, thousands of Iraq and Afghanistan veterans developed PTSD and other brain injuries, although they sustained no other physical injuries.

Based on this new science, and the new 2018 law, establishing PTSD for workers’ compensation purposes is basically a three step process.

First, the victim must present a PTSD diagnosis. This diagnosis usually requires a brain scan and an extensive medical evaluation. Additionally, the doctor must also be able to trace the PTSD to a work-related incident.

If money is an issue, and it usually is, a Tampa workers’ compensation lawyer can arrange for job injury victims to get such treatment without any immediate cost. Doctors usually agree to defer billing until the case is resolved in these situations.

Next, the victim must present evidence of PTSD triggers. Common triggers include fireworks, violent movies, violent TV programs, and reminders of the incident that caused the PTSD. Such triggers are difficult or impossible to avoid. Usually, lay witnesses, like friends and co-workers, provide such evidence.

Finally, the PTSD must be disabling. Basically, an injury or illness is disabling if its symptoms consistently interfere with any daily activity. As a side note, the victim must also usually prove available medication or other therapy cannot adequately contain the PTSD.

Most job injury victims receive two-thirds of their average weekly wage for the duration of their temporary disabilities. Typically, PTSD isn’t a temporary disability. Brain injuries are usually permanent. In these situations, victims usually receive a lump sum payment, based on their lost income as well as the nature and extent of their disabilities.

Medical treatment cannot cure a brain injury. However, it can contain the injury and prevent it from getting worse. A wide range of medications are available, and the list is growing. Additionally, many PTSD victims benefit from different kinds of therapy. Individual therapy is a deep dive into triggers and other issues, group therapy reminds PTSD victims they’re not alone, and art or other therapy gives PTSD victims something else to occupy their minds. A workers’ compensation settlement must account for both past and future medical expenses. If that’s not the case, the victim could be financially responsible for future charges.

Reach Out to a Compassionate Hillsborough County Attorney