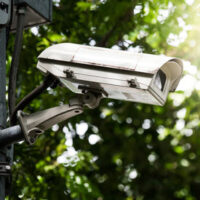 No workplace is immune to traumatic incidents involving employees. When such incidents occur in the workplace, the injured employee may be eligible for workers’ compensation benefits.

However, not all workers’ comp claims filed by employees are for “real” injuries or illnesses. Some workers abuse Florida’s workers’ compensation system by filing fraudulent claims. While some manage to collect benefits through fraud or deception, most get caught and lose their eligibility for benefits, or their claim is never approved in the first place, especially when the employer has evidence such as security camera footage.

An increasing number of Florida employers install security cameras in their offices to ensure that their business can identify and fend off bogus or fraudulent injury claims. While some studies indicate that as many as 25% of workers’ comp claims are fraudulent, other studies show that employee fraud is present in less than 1% of all claims.

A Florida worker was arrested and sentenced to 18 months’ probation after security camera footage showed that she faked her workplace injury in order to obtain workers’ comp benefits.

According to Opposing Views, Florida’s Department of Financial Services pursued a case against the woman after footage showed her hitting herself repeatedly on the forehead with a broken sprinkler piece from the fire suspension system.

The woman, who was working as a receptionist, filed a workers’ comp claim in October 2015, alleging that she was hit on the head by the sprinkler head that fell from the ceiling. In her claim, the woman alleged that the piece fell and bounced off her desk before hitting her.

During the investigation, security footage was found to reveal that the woman intentionally struck herself on the forehead with the broken sprinkler piece. She was charged with two counts of workers’ compensation fraud.

As seen in the footage, the fixture fell onto her desktop but did not hit the woman. The woman then picked up the sprinkler piece, checked the workplace for witnesses, and then intentionally struck herself on the head with the thing. In December, she entered a plea of no contest and was sentenced to 18 months’ probation. Her claim amounted to over $6,500 in medical benefits.

Security cameras are often installed by employers to monitor claims activity and identify potential insurance fraud. In fact, employees who are aware of security cameras in the workplace are less likely to fake injuries and file fraudulent claims.

The biggest consideration that employers face when installing security cameras is to make sure that their cameras do not violate privacy laws. For example, Florida law prohibits the use of cameras inside restrooms. Also, businesses are required to post signs informing employees and visitors that they are being filmed.

While security cameras in the workplace can help prevent and fend off fraudulent claims, footage can also be used to prove the employer’s liability in legitimate workers’ comp claims. Thus, an employer is more likely to settle a workers’ comp case if he or she is aware of video footage proving that the company was liable for the injury.

The timing of filing a workers’ comp claim cannot be overstated because Florida law requires injured workers to notify their employer of the injury within 30 days after the incident or manifestation of the injury. The 30-day time window is an important factor when considering how long an employer must retain the footage before deleting or overwriting it.

Speak with our team of Tampa workers’ compensation attorneys at Kobal Law to file a valid claim and counter the employer or insurance company’s argument that your claim might be fraudulent. Call at 813-873-2440 to receive a consultation.

By Kobal Law | Posted on April 23, 2020
« Do Unemployment Benefits Affect SSI or SSDI Benefits, and Vice Versa?
How Employee Burnout May Entitle You to Workers’ Compensation Benefits »