How Does The Commission Prove Workers’ Compensation Employee Fraud? 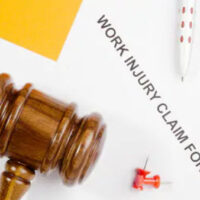 Almost all workers’ compensation claims in Florida are valid from head to toe. The job injury fraud rate is only about 1 or 2 percent. However, insurance industry groups, like the Coalition Against Insurance Fraud, claim the workers’ compensation fraud rate is between 15 and 20 percent. As a result, insurance companies aggressively investigate suspected employee fraud matters. These investigators often fail to appreciate the difference between a false statement and a fraudulent statement.

Before we look at the elements of a workers’ compensation fraud case, let’s look at what draws an investigator’s attention to the case in the first place. Frequently, investigators look for red flags, such as:

Investigators also look for red flags which indicate possible employer, attorney, and medical provider fraud. However, as mentioned above, employee fraud investigations are much more aggressive than the ones in these other areas.

A willful statement is the first element of a workers’ compensation fraud claim in Florida. Basically, willful is one step short of malicious. Alleged fraudsters must intentionally make false statements which are calculated to produce a certain result.

Accidents happen. That’s obviously the case, or the victim could not be filing a workers’ compensation plan to begin with. Insurance companies intentionally force victims to fill out long forms when they are not feeling well. So, the potential for accidental incorrect responses is high. This potential is even higher if, as is often the case, English is not the victim’s first language.

The false statement usually relates to the extent of injury, the amount of medical bills, or the victim’s AWW (Average Weekly Wage). This element of a workers’ compensation fraud claim is pretty much the only one that is relatively straightforward, at least as far as the insurance company is concerned.

By Kobal Law | Posted on May 9, 2022
« Common Swimming Pool Injuries In Florida
What Are The Covered Expenses Under Workers’ Compensation Programs? »