How Does Employer Fraud Affect My Workers’ Compensation Claim? 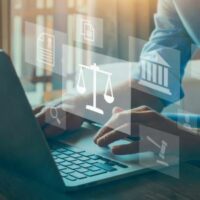 Employer fraud is a much more serious problem. The legal and economic environment encourages employer fraud. Most states, including Florida, don’t aggressively pursue employer fraud cases. Even if the employer gets caught, the punishment is generally a fine which, in many cases, barely exceeds the amount of money the company saved by not paying insurance premiums.

So, to many employers, fraud is worth the risk. If a worker gets hurt and the insurance company uncovers the fraud, it will most likely deny coverage. However, a Tampa workers’ compensation attorney can still obtain compensation for these victims, as outlined below. Victims need this money to pay work accident-related bills, like medical bills. They deserve it as well. Compensation doesn’t change the accident or injury, but it helps victims move on with their lives.

Partnering with unscrupulous companies and making false statements on insurance forms are the two most common kinds of employer workers’ compensation fraud.

As mentioned, most regulators don’t look very closely into employer workers’ compensation coverage. A simple declaration page is usually enough to satisfy them. So, many employers buy “insurance” from undercapitalized or shady companies, so they get a piece of paper that satisfies regulators. If the insurance company isn’t financially sound, it’s like the employer has no insurance at all.

On a related note, some employers lie about payroll size, to artificially reduce their premiums. Insurance companies usually deny coverage when they uncover these lies.

Employers have a legal duty to provide safe work environments. They also have a duty to instruct workers about basic safety measures and stress the importance of these measures. For example, if Ralph falls because the safety rail was loose, his employer was negligent.

Evidence in a work accident claim often includes eyewitness statements, including the victim’s own testimony and medical records. A preponderance of evidence is one of the lowest standards of proof in Florida. So, a little evidence goes a long way.

Typically, Florida law keeps employers from using comparative fault, assumption of the risk, and some other “silver bullet” defenses in nonsubscriber claims. Without these defenses, it’s very difficult for employers to refute injury claims. Therefore, these claims often settle early and on victim-friendly terms.

Injury victims are entitled to important financial benefits. For a free consultation with an experienced workers’ compensation lawyer in Tampa, contact Kobal Law. Injured workers have the right to choose their own doctors in Florida.